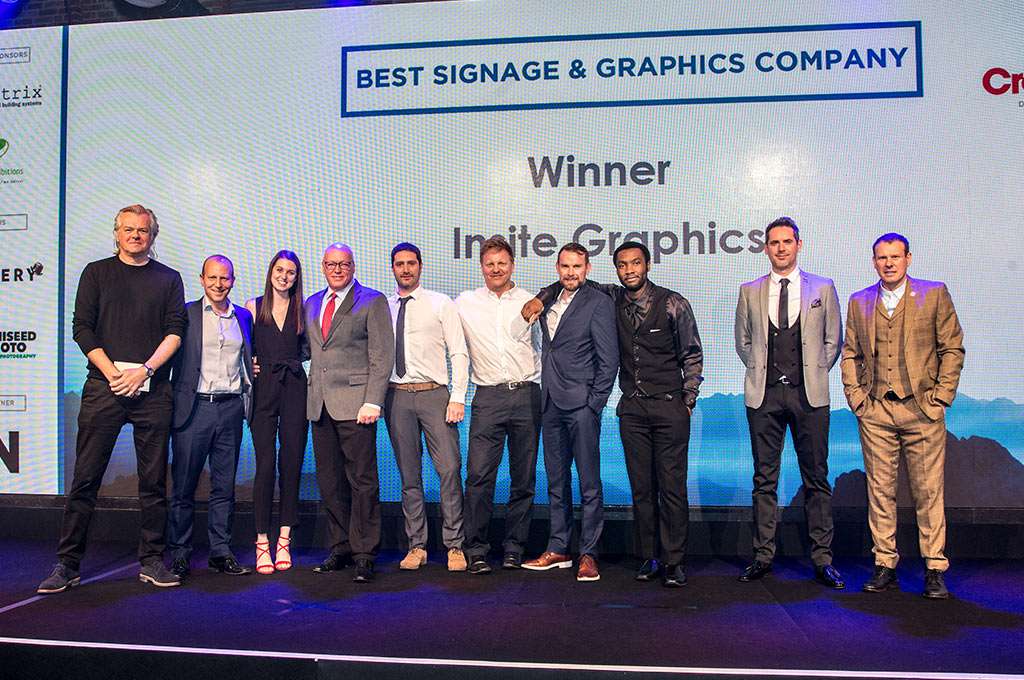 On 20 December 2017, the exhibition industry descended on The Brewery to celebrate suppliers at the inaugural EN Elite Awards.

And we Won! “The Best Signage/Graphics Company 2017”

Launched by EN Awards organiser and EN publisher Mash Media, the brand new awards were designed to celebrate and recognise the companies and individuals working behind the scenes to make exhibitions succeed. There were 18 company and individual awards, including the first ever Industry Legend Award, which was awarded posthumously to Steve Murphy of Europa International who sadly passed away in October 2017.